GETTING YOU TO & FROM AND AROUND THE AIRPORT BUSES

I always found the vehicles used by airlines to be interesting. Also to be included here will be those vehicles that spent their working time actually airside, transferring passengers to and from their aircraft etc. Most of what I have seems to be British European Airways (BEA) connected but there are a few others to add in due course. 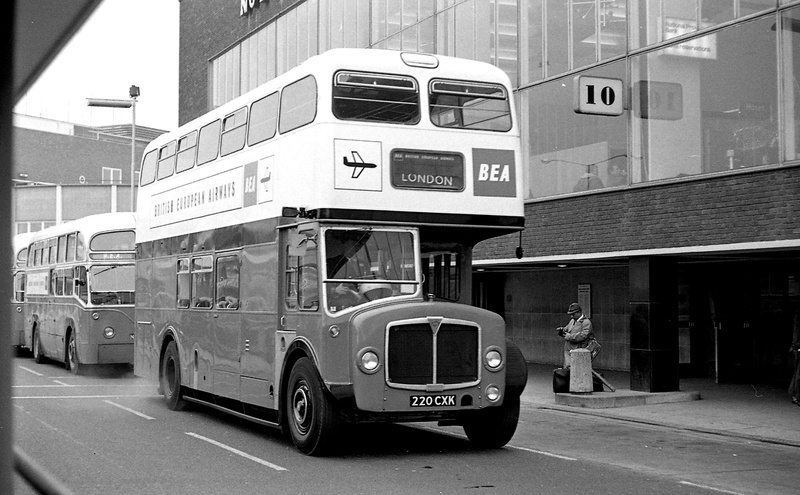 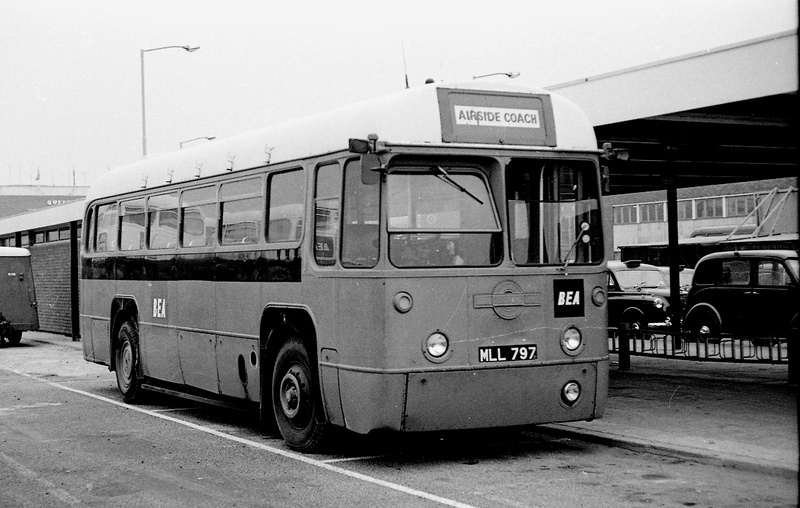 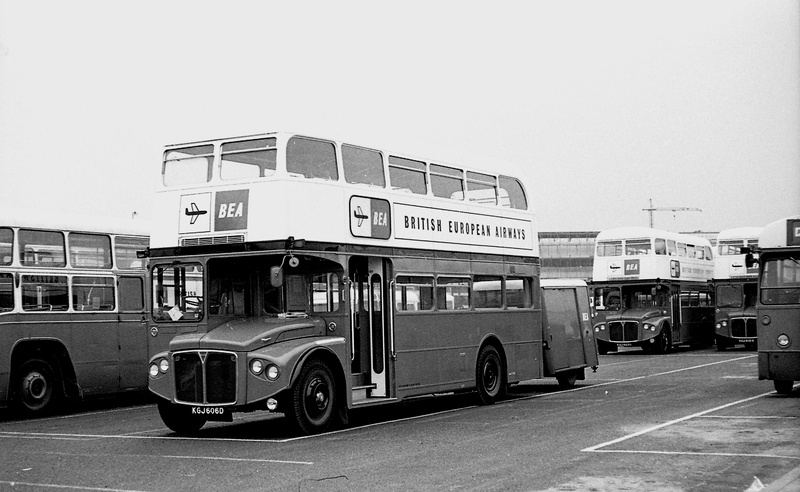 No other operator took delivery of any standard layout Routemasters but a front-entrance version was ordered by British European Airways and Northern General. LT had decided initially, having had a prototype built,  that the front entrace was unsuitable for its particular operating circumstances but they managed and ran a fleet of 65 of these configured to tow a luggage trailer on behalf of the state owned airline. Ironically, in the later 1970s LTE took these into its own stock and operated them for a few years as trainers to overcome the appalling vehicle unreliability it experienced with its then newer fleet 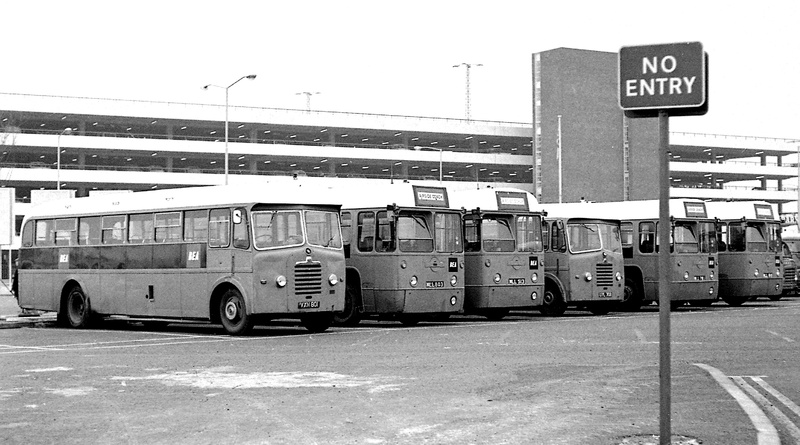 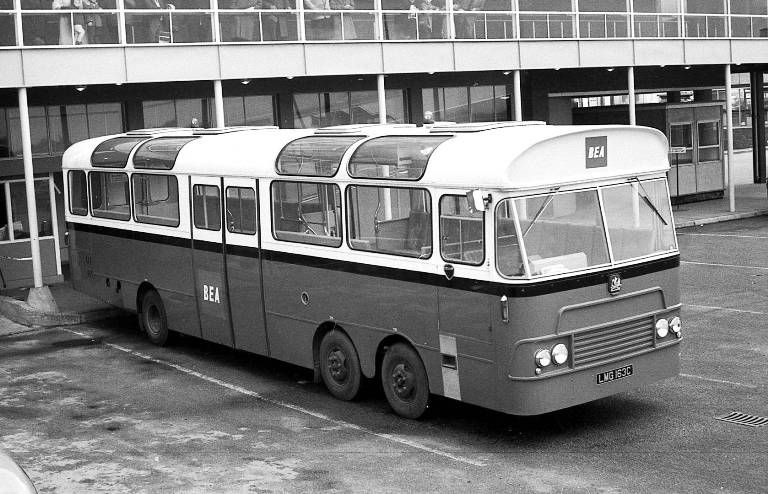 Obviously on a Bedford VAL chassis but bodywork by who? - Wadham Stringer perhaps?? 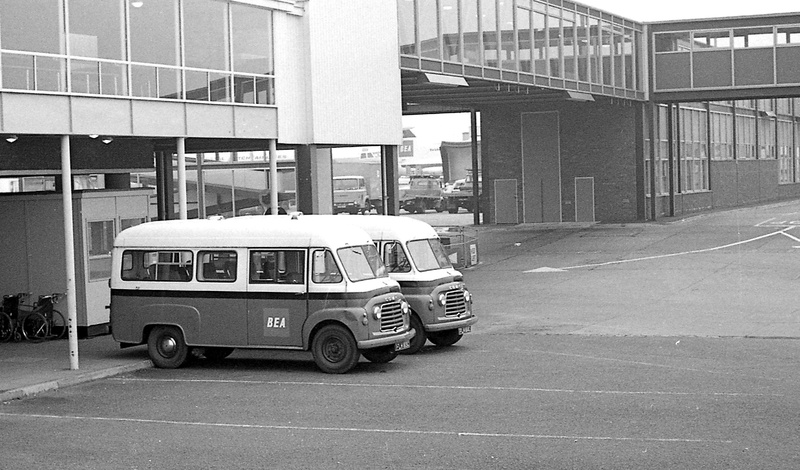 Quite possibly these two were for staff transport 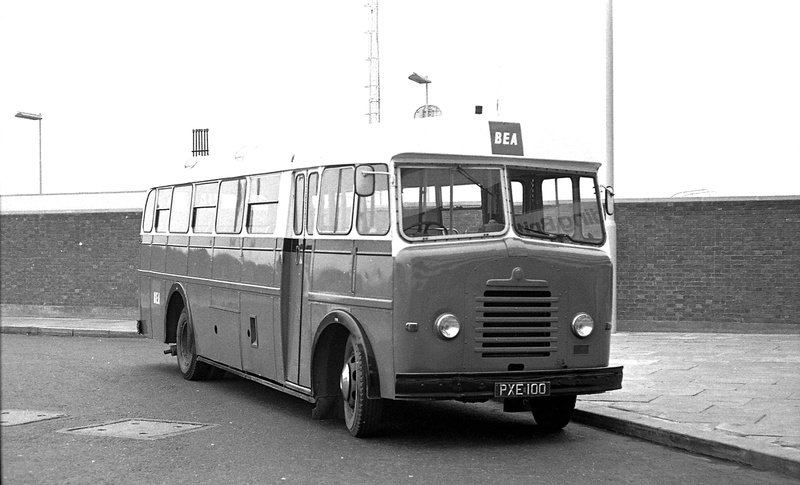 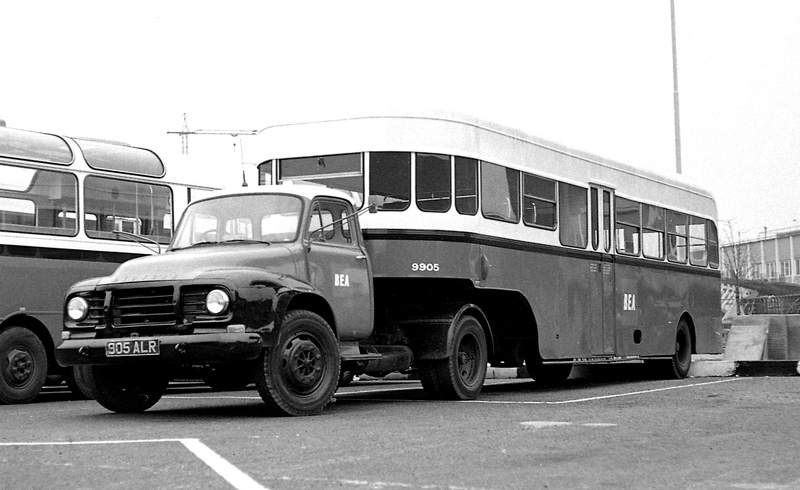 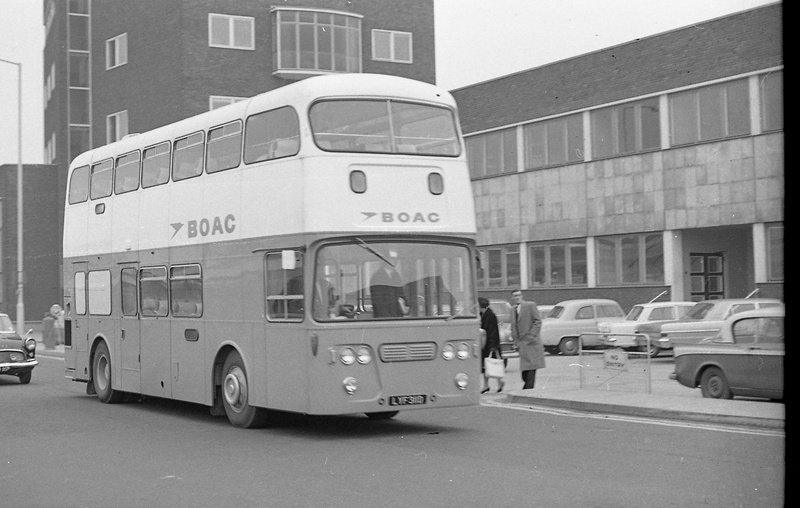 Sadly I was not prepared for the approach of this vehicle, one of a small number owned by the then British Overseas Airways Corporation, so with the camera not appropriately set the view is out of focus and it doesn't  seem that I encountered them again.

A dull day look at the exterior area of the Eastern Coachworks factory - September 1962. In these pre VR and RE days production was apparently heavily into bodying the new FLF's as can be seen here. I think this may have been a Saturday as there did not appear to be a lot of activity, although some light work was underway on one or two of the vehicles shown. It is interesting to note that I simply walked through the factory gates wielding my camera and wandered around the area in front of the building. Nowadays there would be high barbed wire topped fences, CCTV and a security presence at the gate at least!

At the head of this line-up EOO587 is awaiting its time to take up its identity as Eastern National 2745. It was a 6B version 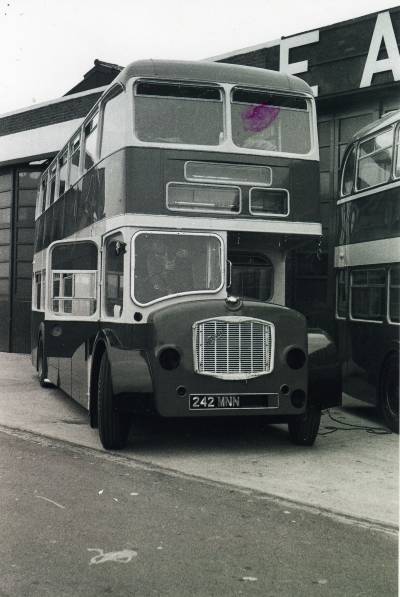 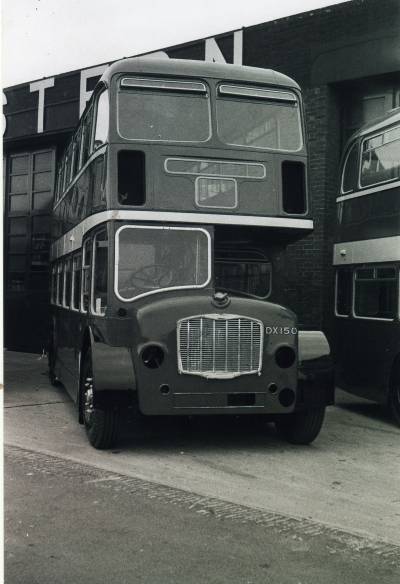 Showing the fleet number DX150 identifies this as awaiting registration 274 BWU for West Yorkshire Road Car Co. Although it looks like an FLF this is an FS6B. Unlike the others depicted here it is of conventional rear platform entrance configuration. 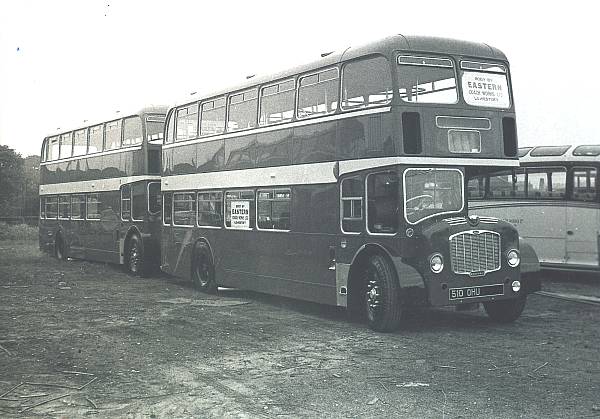 510 OHU is destined for a life pounding the streets of Avon for  the Bristol Omnibus Company. Both this and WYRC DX150 above have the Cave-Brown-Cave heating and ventilation system fitted 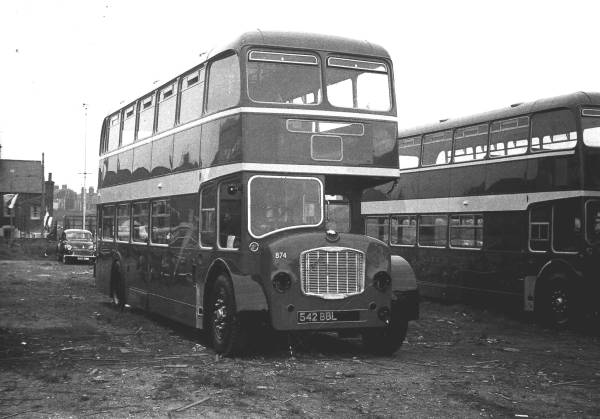 Late in 1961 I was told about a film by Kodak called Tri-X. At 400 ASA is was fast for irs time and was my saviour when flash photographing the last rites of London's trolleybuses at stages 13/14. However in terms of grain and defintion it was then truly abominable, at least as developed by my local chemist and I should not have used it for anything in daylight thereafter. These pictures are not therefore as well defined as I would have wished.