Double-deck coach operation was something of a novelty in the 1960's. Almost the only exponent was the Ribble/Standerwick operations to and from London and other major centres using modified Leyland Atlanteans. They went under the name of 'Gay Hostess' - They wouldn't call it that today!

Coaches were well down my list of priorities when it came to using my limited disposable income for travel expenses and film. Cheap rail ticket availability tended to steer me away from using them to get about much, however such vehicles would inevitably come past my viewfinder from time to time.

I well remember though, attending the 1962 Commercial Motor Show at Earls Court and being taken aback by the decidedly different Bedford VAL concept with twin-steer double front axles, and a few years later admiring the clever and colourful Caetano coachwork imported then from Portugal by Moseley.

For a while in 1963/4 when working at LTE's Old Marylebone Road offices I went along on a few occasions after work on summer evenings to Victoria Coach Station which could always be counted upon to field quite a variety. Otherwise, what will appear here is going to be a real miscellany, mainly from home seaside and other trips and later European mainland visits.There'll be odds and ends that I had no time to identify, and maybe, just maybe, you know something about them - if so contact would be most welcome.........................................

VICTORIA AND OTHER LONDON TERMINII 1963/64 Around this time Midland Red boldly introduced what it claimed was a 100mph journey from London to Birmingham. It looks like it, but I'm not sure now if this was one of those special coaches. Don't know whether they actually did 'do the ton' but it was surely a very fast hair-raising experience on an M1 Motorway without speed limits or crash barriers! The initiative was, I believe, eventually killed off by the electrification of the London-Birmingham main rail line out of Euston A very interesting AEC Regal - registered KYK200 seen at a Wembley Cup Final. I do not know who the operator was. Can anyone advise?

My thanks to Richard Whiteland who has contacted me to suggest that this was possibly one of a pair with crash gearboxes that were owned and operated by the  London based Royal Arsenal Co-operative Society  - can anyone confirm this? No. 1726 - Leyland Leopard L2 new in 1961. Amongst the best coaches in the fleet at this time, they were configured for only 28 passengers. 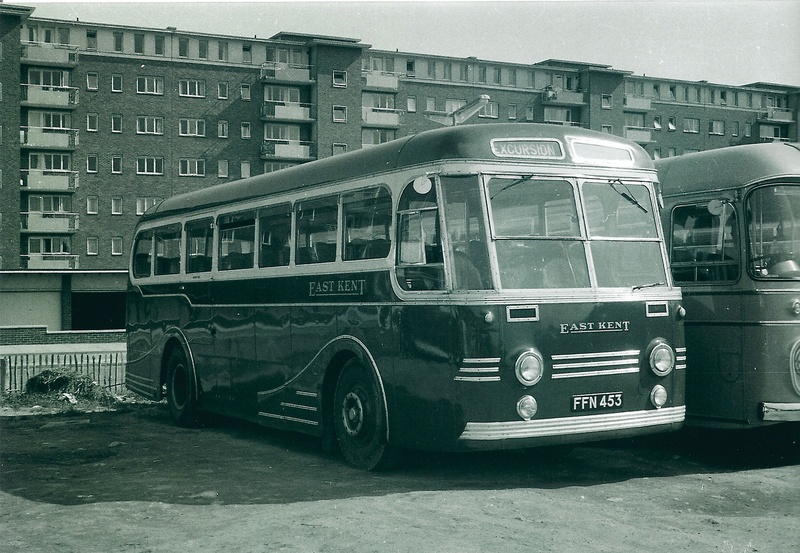 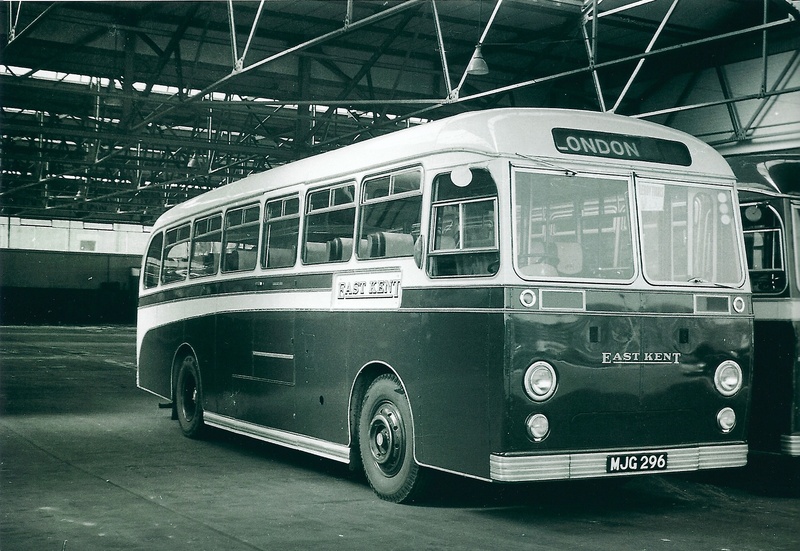 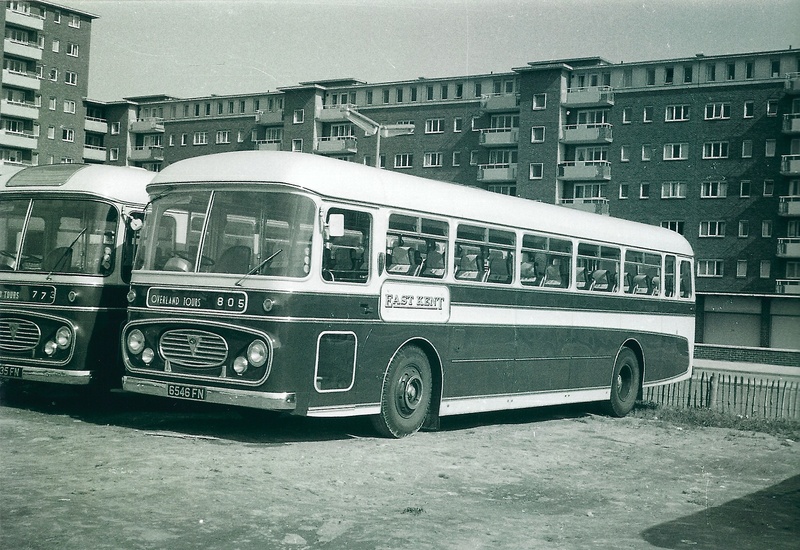 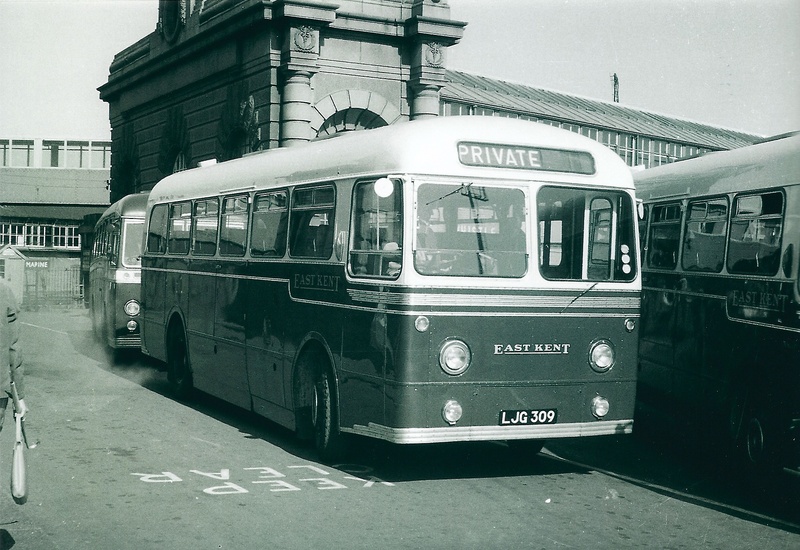 No. 309. Another AEC Reliance MU3RV - this time bodied by Weymann, also as dual-purpose. 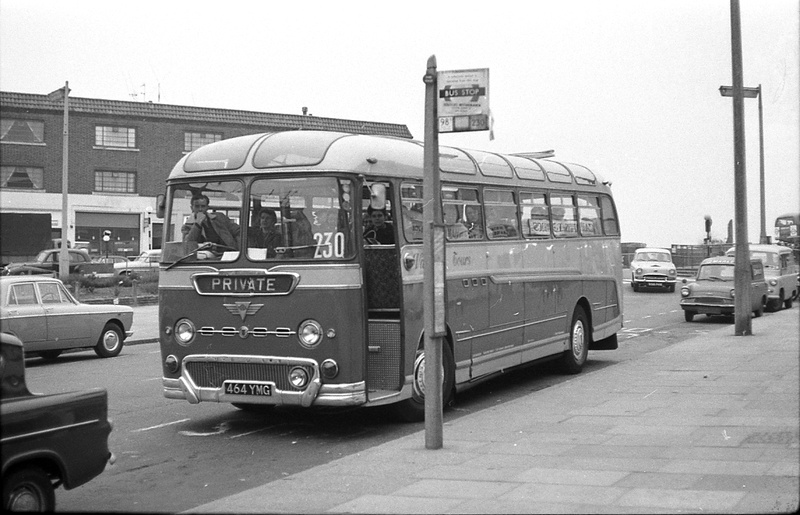 It's not actually 'coaching' I know but I thought this view interesting (and odd!) enough for inclusion here.

It's Rayners Lane Station 1966 and we are in the midst of a crippling overtime ban by bus crews. LT's response was to withdraw several routes for the duration altogether but a few were contracted out including the normally RLH operated 230 from Harrow Weald. Valliant Coaches of Ealing's Duple Donnington bodied AEC 464 YMG was admirably suited to this service - no worries about Headstone Lane bridge! 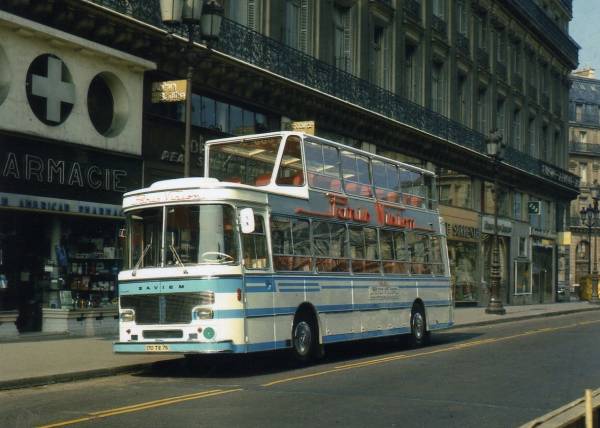 The upper deck of this Saviem ''Paris Vision' sightseeing coach looks rather like an afterthought. It was photographed in 1971 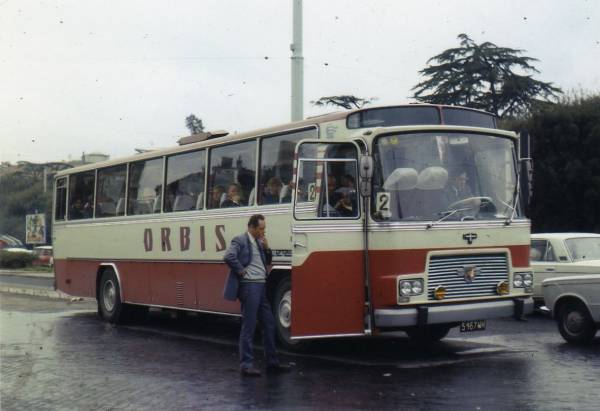 The itinerary of my 1972 Italian coach tour holiday was closely followed by this vehicle and we often stopped at the same refreshment places. It was unusual at the time to see many Polish tourists as on this ORBIS (State Tourism) trip. I still have a 20-zloty note somewhere given to me by one of the passengers. Note that this is actually a Van Hool bodied Leyland Tiger (?) Poland at this time might have been thought of as a most unlikely export market for British chassis. 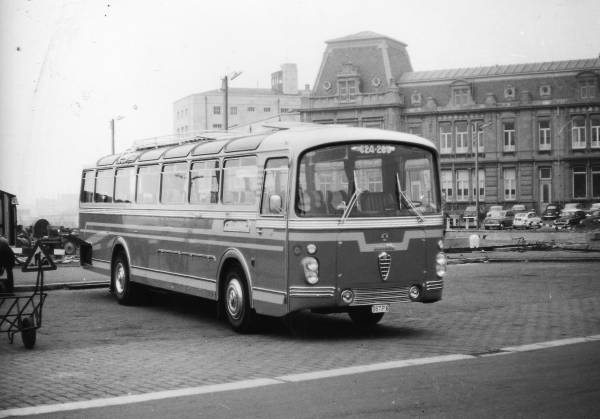 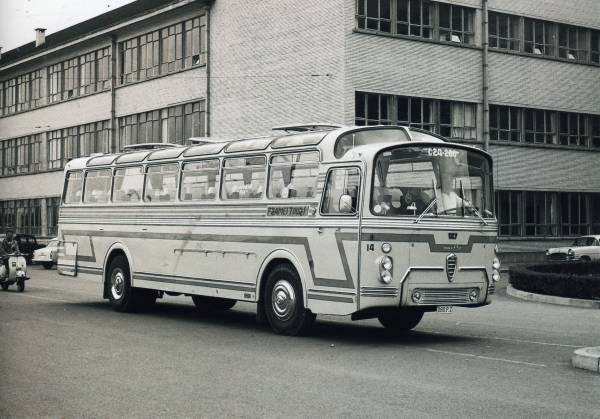 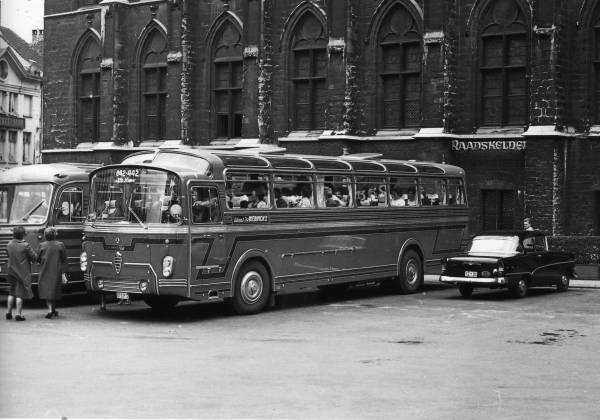 These first three seem to have the same make of bodywork judging by the Alfa Romeo style small grille but I cannot identify the chassis either - any ideas? The centre one is under contract to British tour operator Frames Tours 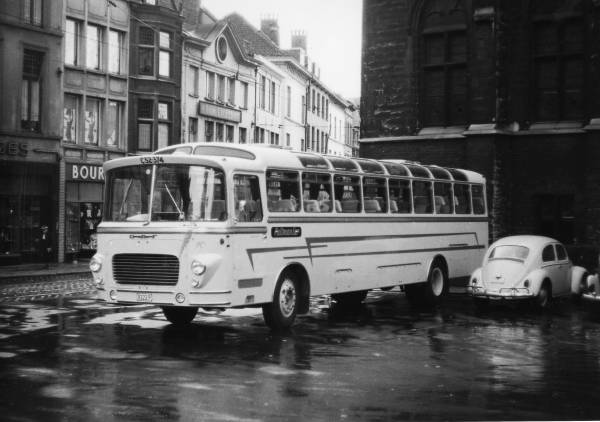 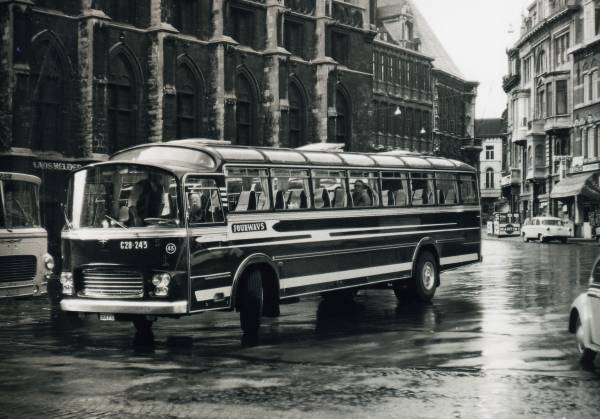 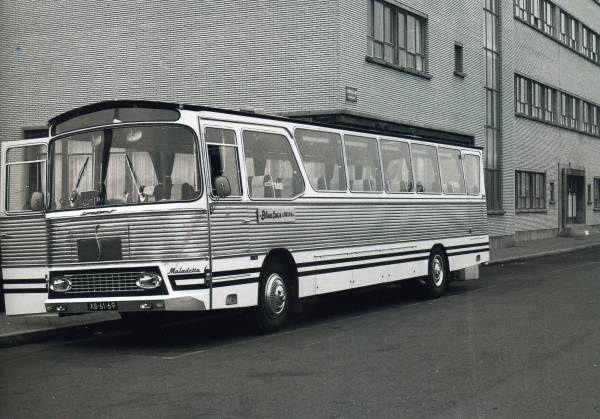 This one can be  identified - the chassis is a DAF and the coachwork has the name 'Maladetta' but is that the model or the maker? It was at Ostende in use by a party of Blue Cars London tourists. Its boxy appearance and those long wide fluted stainless steel sides made it look, to my eyes anyway, very futuristic for its time.